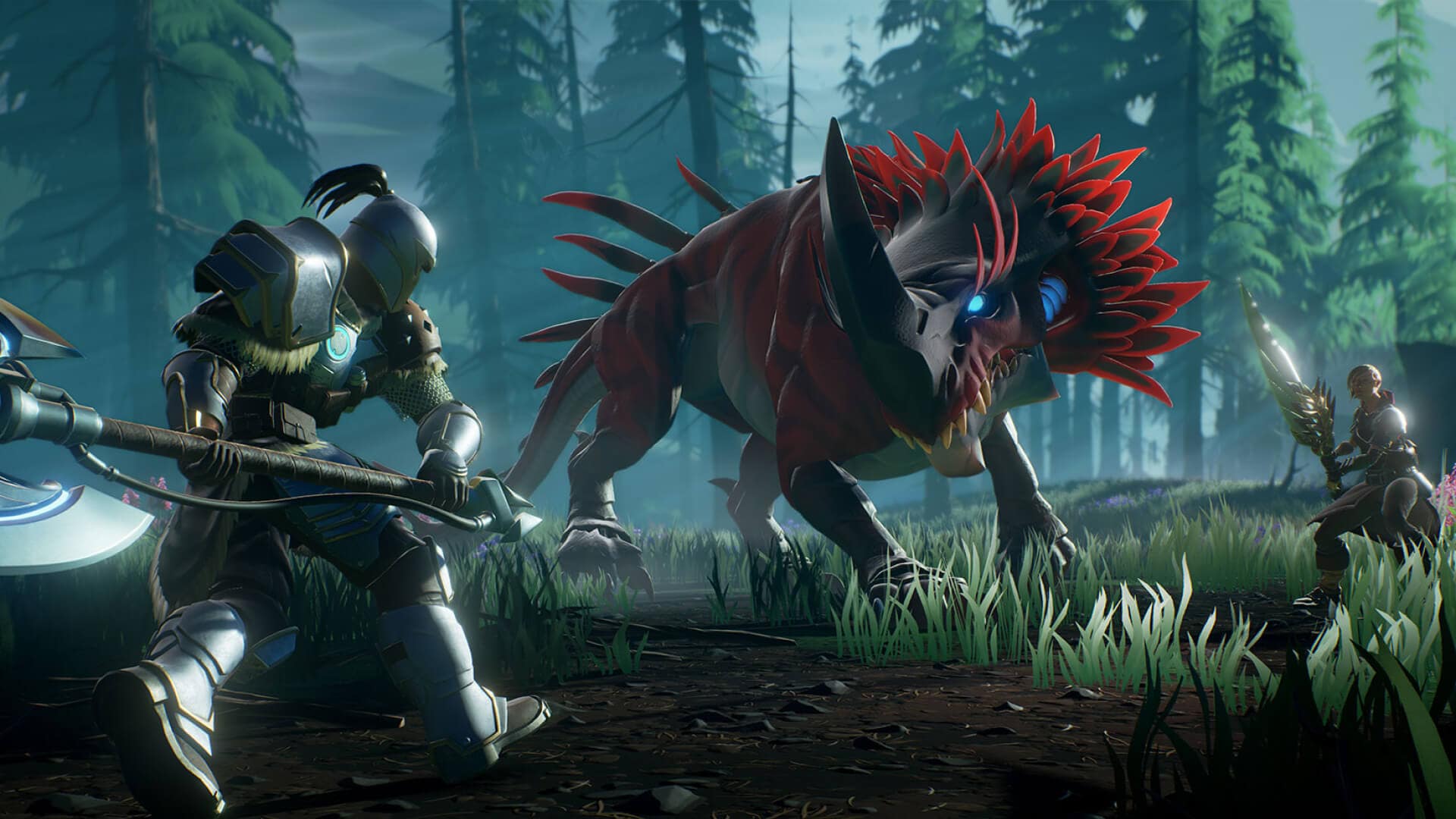 Playing together with friends is a key ingredient in the success of many multiplayer games, from Rocket League to Fortnite to Dauntless.

For many people, playing together with all of their friends is only possible if games support cross-platform play between all of the different game consoles, PC storefronts, and smartphones that their friends may be playing on.

Take, for example, Psyonix's Rocket League. In 2019, it rolled out full cross-platform play between PC, Nintendo Switch, PlayStation 4, and Xbox One. In 2020, as the game celebrated its five-year anniversary, Psyonix revealed that Rocket League continues to see record levels of engagement, with more than five billion matches played since launch.

"Cross-play has a direct and meaningful impact on matchmaking speed and quality for online games," says Corey Davis, co-studio head at Psyonix. "And it's so much easier to play with friends when you don't have to worry about who owns what device or console. You might stop playing a game entirely without an online friend to play with. Making every friend accessible to you, even if they're playing on a different platform, is a huge improvement to the user experience." 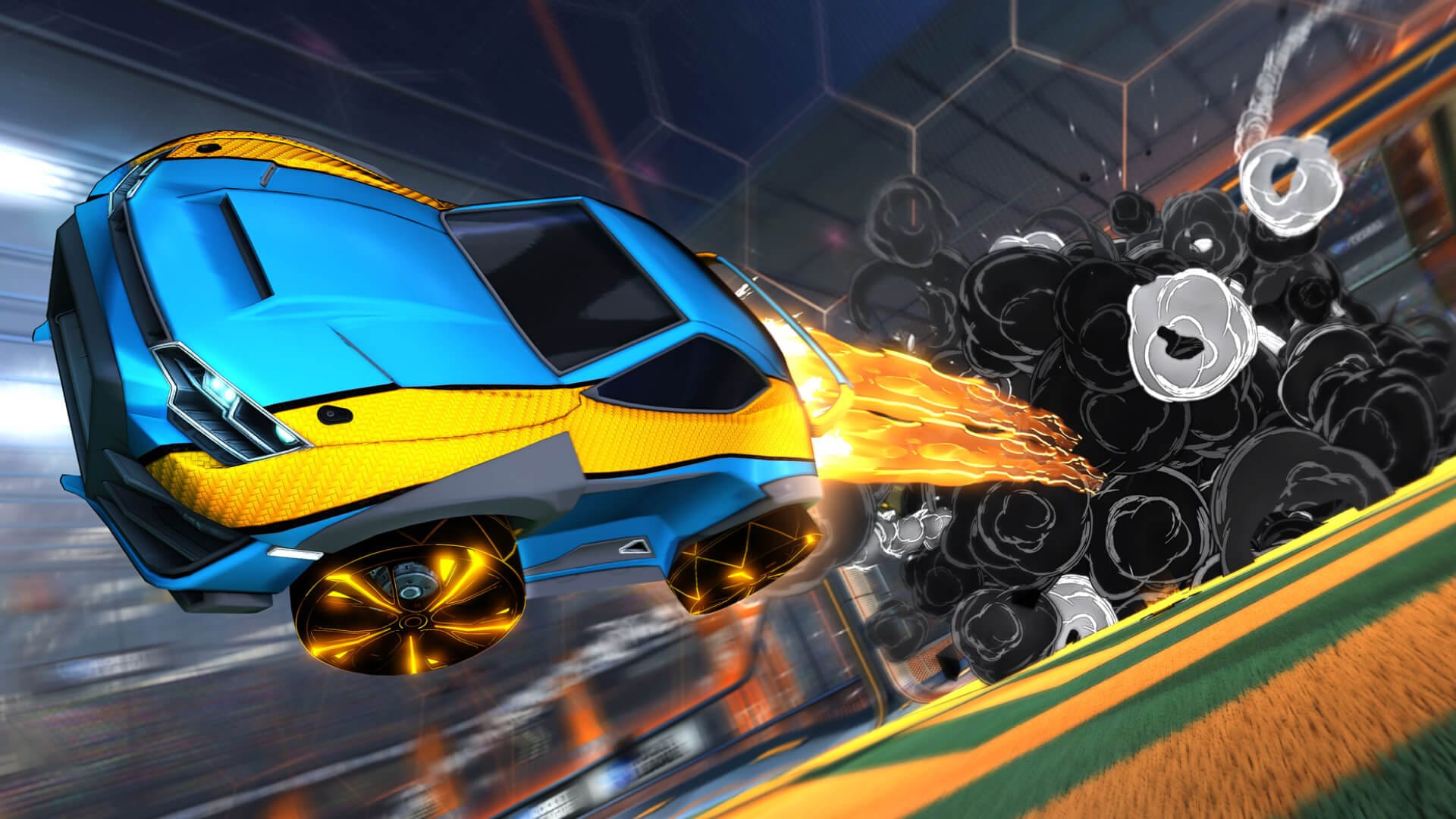 "Over 60% of games played feature at least two different platforms, and more than 80% of those games are played with friends," he says. "Player feedback has also been incredibly positive. Players who were previously unable to connect with their friends are now able to play games together.

"As one Slayer on Reddit said: 'This is why cross-play is so important in this modern age of gaming. It's not about which system is better, it's about making friends, and being able to play with friends.'"

Fortnite by the numbers

The importance of cross-play is also highlighted by Fortnite, which illustrates the impact that making it easy to play with friends has on engagement. 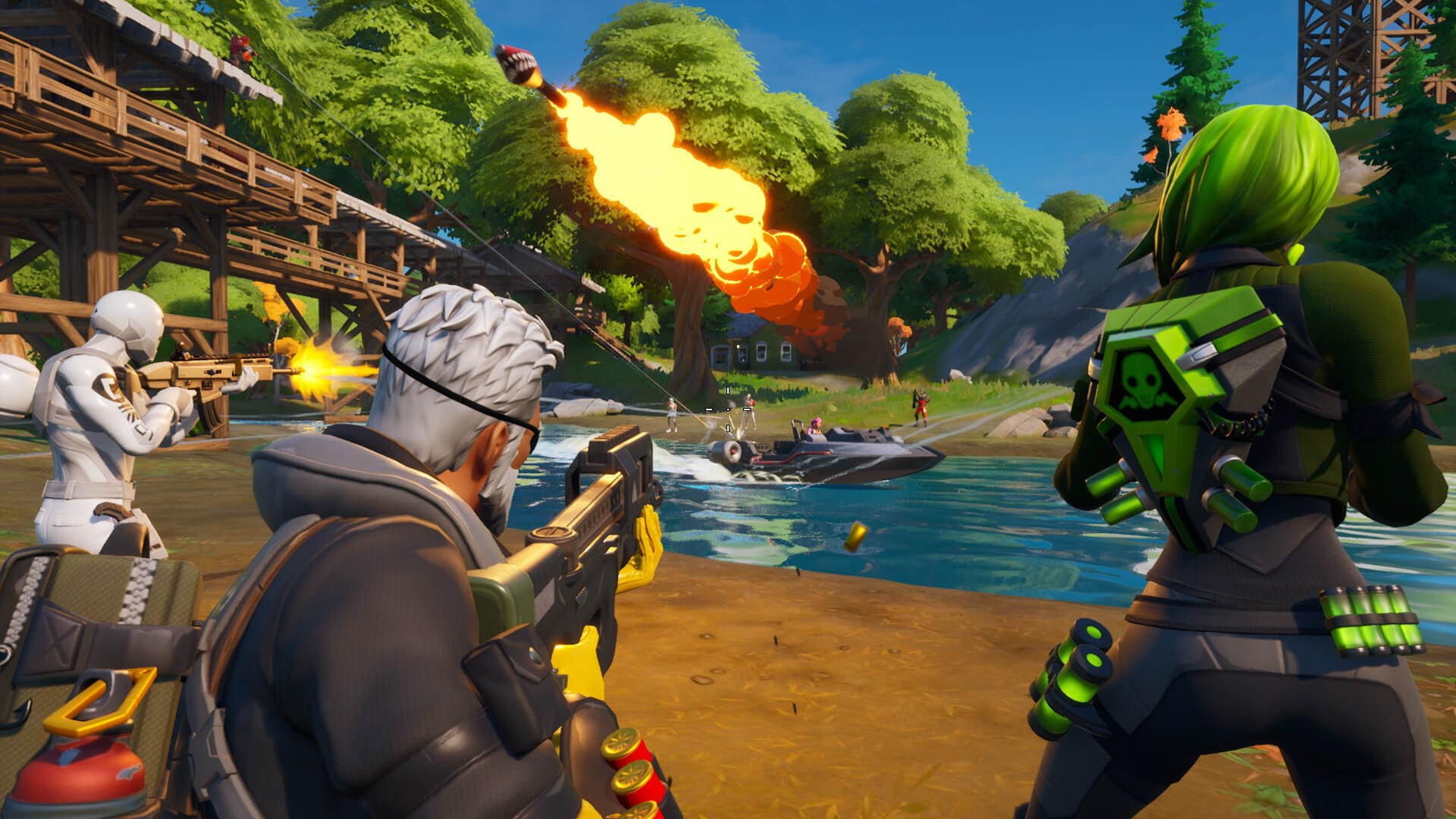 Fortnite | Image courtesy of Epic Games
That increased engagement has a big impact on monetization, with Epic Games finding that the average monthly revenue-per-user who cross-played Fortnite was 365% higher than non-cross-players.

"What that clearly tells us is that people are playing with their friends across platforms as part of their normal monthly play cycles," says Chris Dyl, general manager of Epic Online Services. "That's really powerful."

The leap in engagement and impact on the bottom line brought on by cross-play enables developers to keep creating new social and live content for players to enjoy.

The coming of cross-play

This ability to play between platforms, specifically when it comes to consoles, was long held to be an important, yet difficult-to-achieve, feature.

Many titles have experimented with limited forms of cross-play, but the addition of cross-play support on PlayStation 4 in September 2018 made Fortnite the first game to achieve full cross-play functionality between mobile, personal computers, and all three major consoles.

"Epic worked closely with all of the platform partners to achieve this," Dyl says. "We were confident that cross-play was going to be a big driver of viral growth and we built our services in an agnostic way." 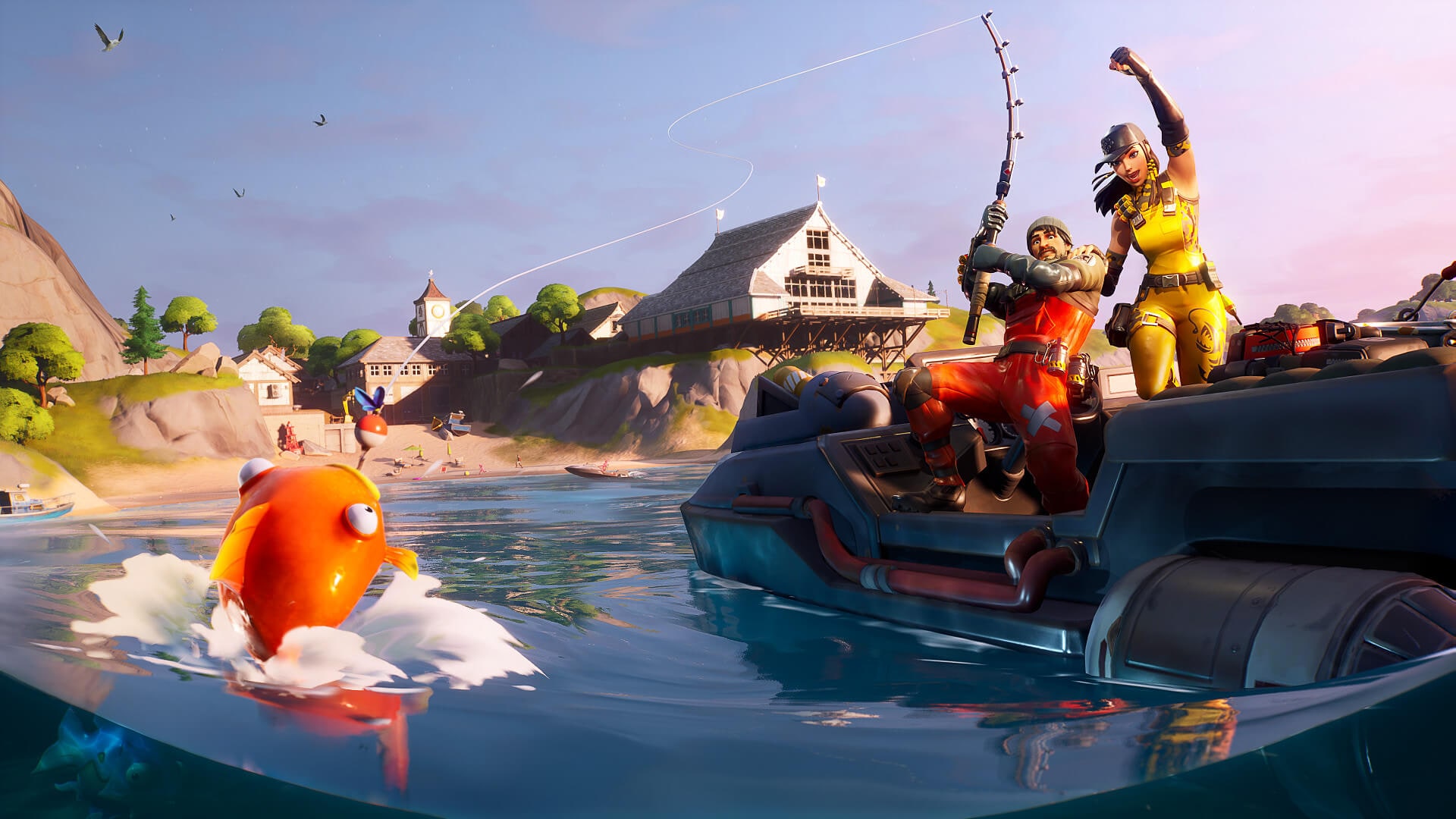 "Multiplayer games require a healthy player base to survive and grow," says Psyonix's Davis. "Cross-platform features enable us to unify all of our players and create a much better experience than you'd see with each platform walled off into its own silo."

"Cross-platform play also enables smaller and more experimental features and gameplay to survive," says Davis. "Alternate modes that might not have the population to support them on a single platform can thrive in a cross-platform ecosystem."

Phoenix Labs' Clifford says that interconnectivity is a powerful tool for developers.

"At Phoenix Labs we believe in bringing players together through shared passion for gaming," he says. "A core part of bringing communities together is ensuring that everyone can play regardless of geographic location or platform. Cross-play brings players together, and cross-progression ensures that no matter where you are, you can continue your Dauntless journey." 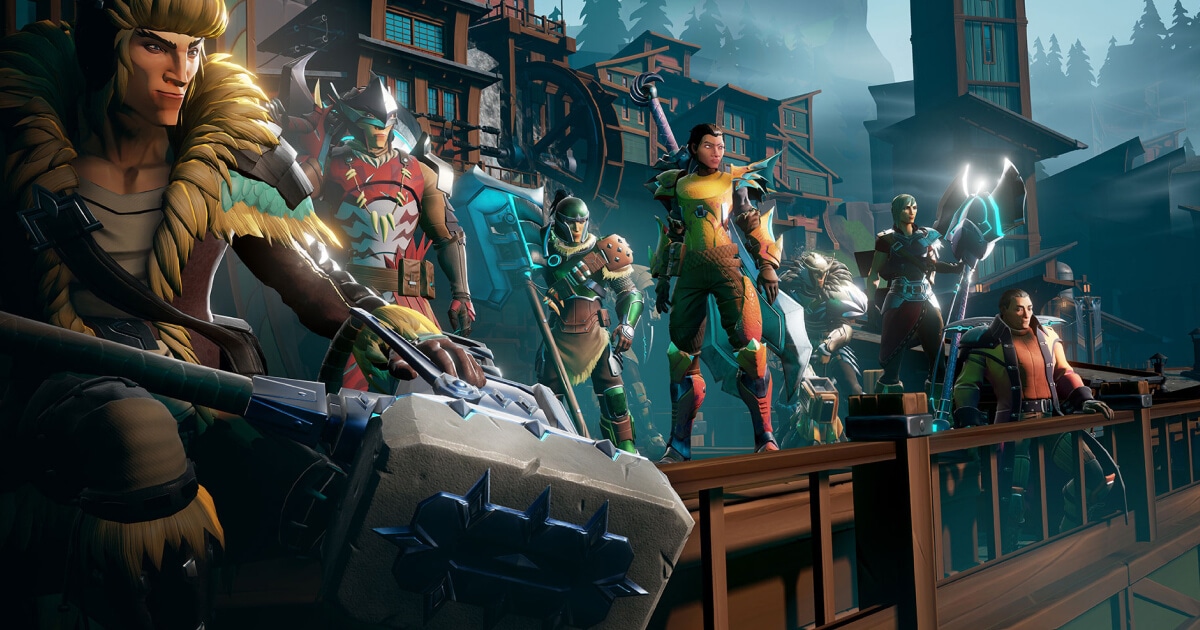 Cross-play games need to be built on a set of cross-platform services and account systems with the developer navigating policies and business relationships with platform holders. One way Epic Games helped pave the road for developers of all sizes is by securing approvals for EOS on all major platforms.

"Thanks to the overwhelmingly positive data from games like Rocket League, Dauntless, and Fortnite, platform holders have opened up to the idea of allowing cross-play and have started to facilitate it," says Simon Allaeys, director of Online Services at Epic.

"Epic Online Services was created to help developers navigate the journey of going cross-play. These new services become an extension of any game engine, including Unreal Engine, to make cross-play easier for everyone."

Choose from free services including voice, achievements, matchmaking, live ops, and more. Game services support all platforms, all stores, and all account services—including your own—on the engine of your choice.
GET STARTED NOWEXPLORE GAME SERVICES